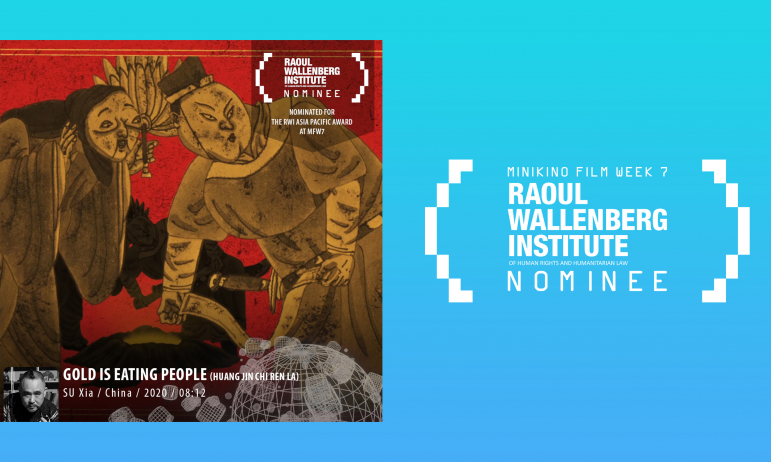 Gold Is Eating People (2021): Dive Into the Beauty of Chinese Culture

According to an old Chinese proverb, people die for wealth, while birds die for food. Su Xia’s animated short Gold Is Eating People (2021) is based on that phrase. As gold is found, people across all classes compete unethically for it. For greed, all forms of human connection crumble. The contrast between the bright background color and the golden moving image is stunning. The soundtrack’s creative utilization of Chinese traditional percussion instruments provides both suspense and drama. This parable about greed is made fresh and intriguing by its unique visual flair.

Gold Is Eating People (2021) portrays different men trek to the top of the mountain to try their luck and get rich, only to be eaten —literally and metaphorically, by the gold they discover. All the characters are signed with their occupation or type, like in a traditional folk story. They are The Peasant, The Thief and The Bandit, The Police, and The Official. The Peasant is the first victim of his own greed, but the gold would soon attract other kinds, such as The Thief and The Bandit, The Police and The Official, and cause rifts amongst former companions. Only an ox, a young Apprentice, and The Master, who is puzzled as to how the metaphor just came to life, appear to be immune to its charms. 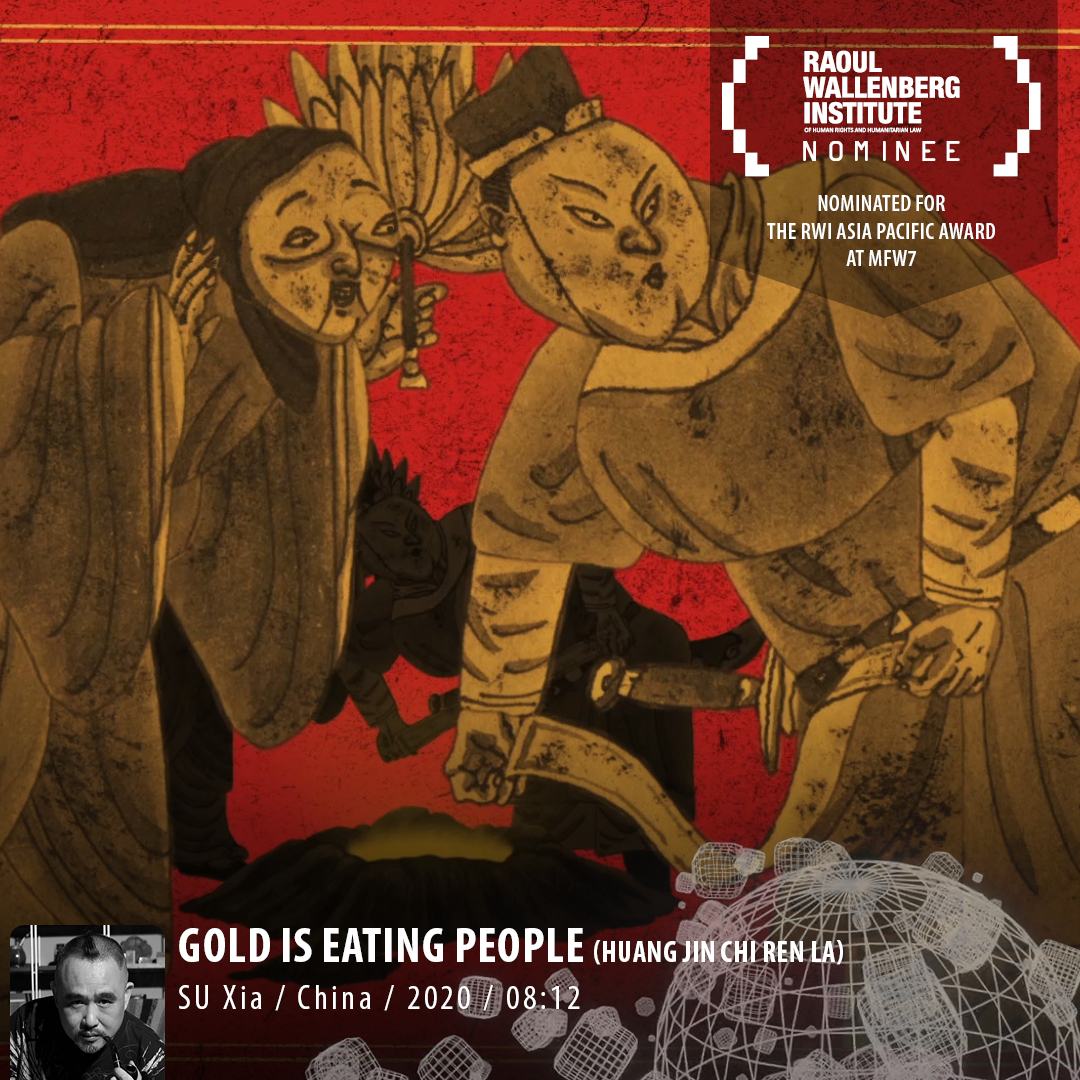 Desire is a natural human emotion. Yet, the desire that is possessed isn’t always rational. Our life will be shackled by desires that are not suited to our capacities. It is essential to undertake control over unpleasant types of desire. If it is not reined in, uncontrolled desire might grow into greed or avarice. As what has been portrayed through Gold Is Eating People (2021), their greed causes pain for themselves and others. People who are controlled by greed would use a variety of approaches to satisfy it, such as murdering, looting, cheating, and taking stuff that does not belong to them. Then, how can this greedy tendency be avoided? Always feel the urge to be grateful for what you have. Once we’ve felt enough, we won’t desire something that isn’t ours to begin with.

The characters rarely talk, only mumbling in quite a strange yet expressive way, which also contributes to the vintage atmosphere, as this film is really strengthened by the Chinese traditional animation along with the Chinese traditional percussion as the back sound. In a duration of 8 minutes, this film is able to explore human greed, along with the beauty of Chinese culture.