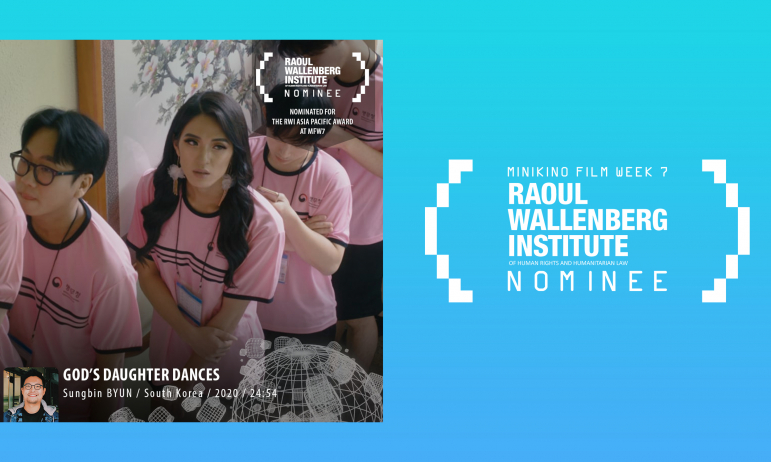 God’s Daughter Dances (2020): Some Women Are Born In their Bodies, Others Have to Fight For It.

All men possessing Korean citizenship are required to serve in the military. In this context, Korean trans people must go through a phase of being recognized as women—and it is not that easy. Being LGBTQ (Lesbian, Gay, Bisexual, Transgender, Queer) in Korea is often misconstrued as a mental disorder or a sin by the powerful conservative churches. Although since 2003 LGBTQ is no longer categorized as “harmful and obscene” in Korea, discrimination remains widespread. According to a poll, conducted by the National Human Rights Commission of Korea, 92 percent of LGBTQ individuals fear being victims of violence.

God’s Daughter Dances (Sung-bin BYUN, 2020) is a story of a transgender named Shin Mi, attempting to live as a woman in an ironic Korean society. With the character’s dance and the music, the film’s theme comes off as somber but amusing at the same time. At the beginning of the movie, Shin Mi is portrayed as having enjoyed her life dancing at a gay club in Korea. As a dancer, she has created a wonderful life for herself; surrounded by friends and fans, and finally at ease in her own flesh. Shin Mi, on the other hand, is a trans woman who is unable to escape the required military service examination. She bravely advances into the center, yet she is encountered with discrimination and hostility as she confidently proceeds towards the examination. As Shin Mi is pushed to embrace herself, what should be a simple matter becomes a sequence of accusations and humiliations. However, she is determined about preserving the only power she has — her identity. 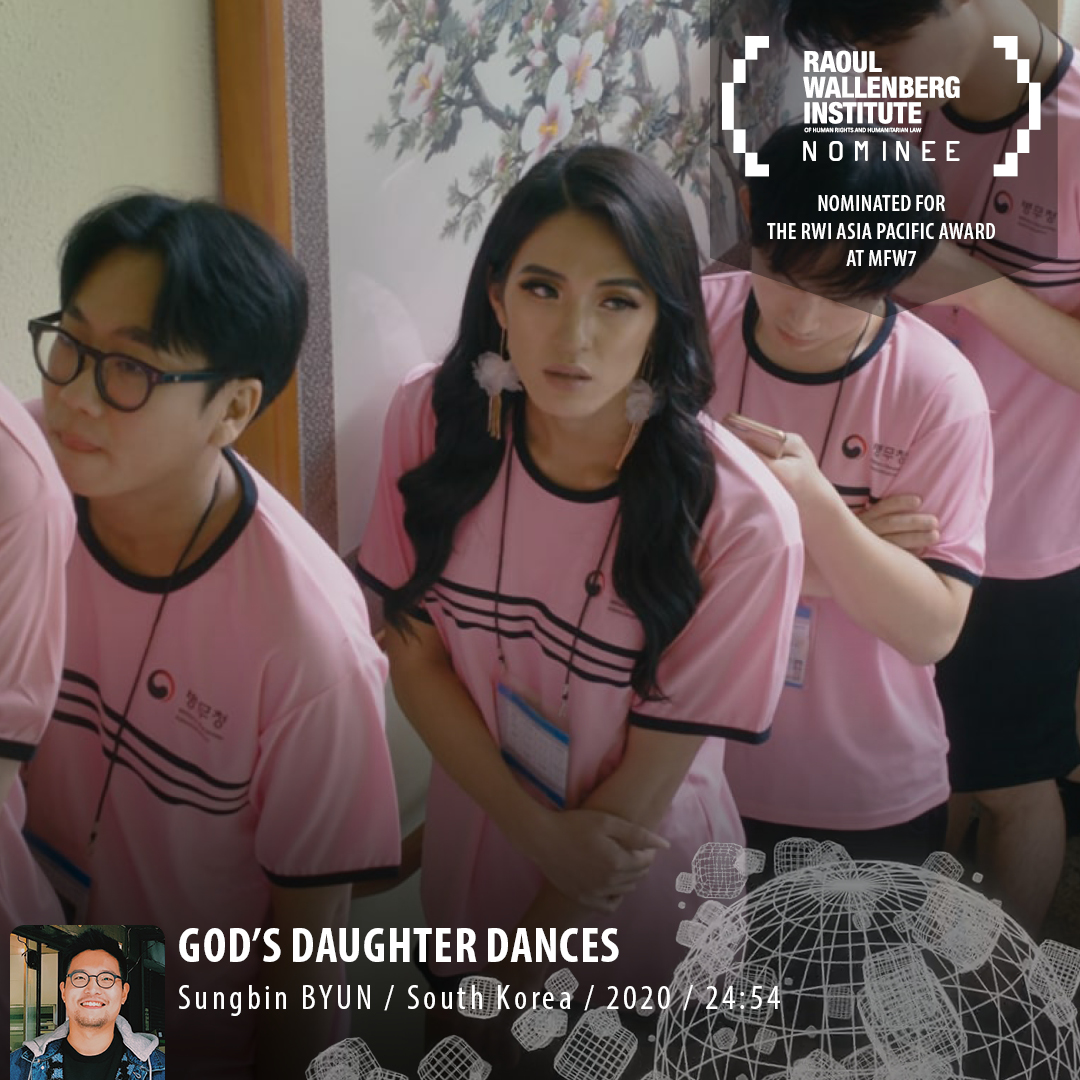 It’s impressive that the director, Sung-bin, is able to cover many multiple elements of the trans experience in such a short amount of time without going off on rambles and contrivances. Sung-bin provides for a range of conflict by setting the story in an atmosphere that might easily be hostile to a trans woman (a military service test center). The character Shin-mi has definitely seen herself as a full-fledged lady. However, she received unfavorable treatment, such as a greeting from an administrative officer saying “You look like a real woman.” Furthermore, the doctor who examined Shin Mi accuses her of lying. According to the doctor, Shin Mi dressed up as a girl to escape military service. The doctor embarrassed her by demanding that she undress in order to prove her lady parts. Ruthless.

One of the health workers there is a visitor of the gay club where Shin-mi works. Just like fellow LGBTQ, he cannot be himself since he works in a military environment where masculinity and conservatism are connected. He recognizes what Shinmi’s going through in the military service test center is not easy. He understands how Shin-Mi loves dancing. Therefore, he discreetly plays the music that Shin-Mi usually dances to at the bar. In seconds, Shin-Mi becomes absorbed in the music and starts to dance loosely at the military service test center, bewitched by everyone's presence, including the doctor. Director Sung-bin uses apparent but powerful symbolism at the start of the film that loops around fluidly to tie in to the finale, letting the audience know that dancing is more than a hobby for her — it’s liberation, it’s her identity.

The problem of discrimination faced by LGBTQ folks, in particular trans women, needs concerted efforts to address it. Trans women are ordinary people who should be treated both compassionately and properly, regardless of freedom of speech or the current law. This problem is intimately connected to the issue of human rights. The government, as a representation of the state, along with the society, must act equitably in dealing with it. Trans women are human beings with the same right to live as everyone else, they want to be acknowledged and treated equally to the rest of society. The government, in cooperation with political, social, cultural, and religious elites, must take concrete steps to educate and inform the public, as well as give societal examples so that people have a more positive perspective and perception of trans women. Trans women are women, trans men are men.