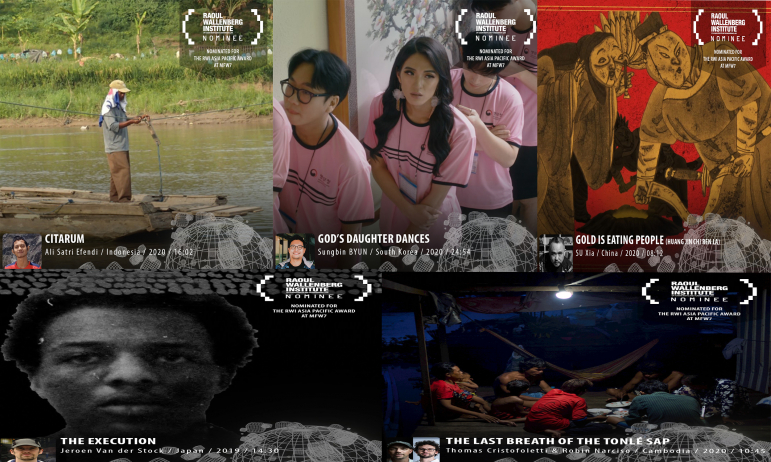 The Raoul Wallenberg Institute of Human Rights and Humanitarian Law through Minikino Film Week 7 pays attention to short films deal with an array of equality, diversity and environmental concerns.

One best film produced in the Asia Pacific region will be selected to receive The RWI Asia Pacific Award at MFW7 and win a cash prize worth of Rp. 10.000.000,- (Ten Million Rupiahs)

Here are the nominees  :

CITARUM // Ali Satri Efendi / Indonesia / 2020 / Documentary / 16:02 // A portrayal of a brickmaker in two seasons: nature gives him bounty in one season and takes it all back in another season.

GOLD IS EATING PEOPLE
Su Xia / China / 2020/ Animation / 08:12 // When gold is discovered, people of different classes fight for it unscrupulously.

THE LAST BREATH OF THE TONLE SAP. // Thomas Cristofoletti, Robin Narciso / Cambodia / 2020 / Documentary / 10:21 // Piseth lives on the Tonle Sap Lake. Fish stocks have plummeted and he worries about how he is going to feed his family.

THE EXECUTION // Jeroen Van der Stock / Japan / 2019 / Documentary / 14:30 // When the state of Georgia proceeds with the execution of Ivon Stanley, an officer provides a step-by-step account of his death.