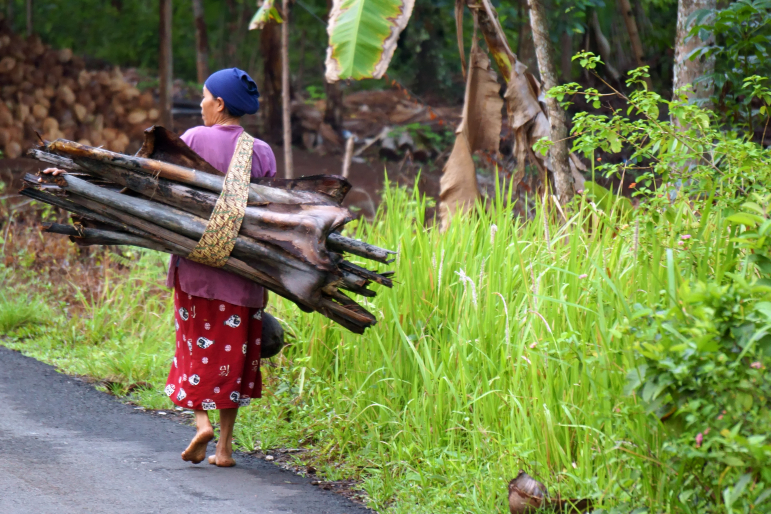 Human Rights in the Pandemic

During the pandemic, many city authorities became frontline responders—managing food distribution, organizing testing stations, and enabling the large-scale burials and cremations that were needed. Some have consciously embraced a human rights approach as the best way to ensure an effective local response.

City authorities at the 8th Asia-Pacific Congress of United Cities and Local Governments (UCLG-ASPAC) shared some of these experiences at an event on 7 September 2021, organized by UCLG and the Raoul Wallenberg Institute of Human Rights and Humanitarian Law (RWI).

In each case, city authorities had deliberately applied human rights principles, which has enabled them to respond to COVID-19 impacts as they are shaped by social inequality. Their commitment to “localizing” human rights will be crucial to the post-pandemic recovery, as the groups disproportionately affected by the pandemic – such as  women, persons with disabilities, migrants, and other marginalized groups – are the focus of targeted recovery efforts.

One notable Human Rights City in Asia is Gwangju, Republic of Korea. Gwangju’s journey to become a Human Rights City arose from its struggle for democracy under repressive governments in the 1980s. In later years, the city council enacted human rights ordinances pertaining to the rights of immigrants and persons with disabilities. The city established a human rights department in 2010.

In the same week of the Human Rights Council’s historic decisions on human rights and the environment, the City of Gwangju hosted the annual World Human Rights Cities Forum (WHRCF), from 7-10 October 2021. WHRCF has convened annually since 2011 and has become an important platform for strengthening ties among the different actors promoting the Human Rights City movement.

During the 2021 Forum, RWI co-organized an event with UCLG-ASPAC and the City of Gwangju presenting the projects and action plans developed by participants of an RWI course on ‘Localizing Human Rights and the SDGs for Inclusive Recovery and Resilience.’ Participants’ projects showed ways that local innovation and “localization” of human rights can be instrumental in the quest to leave no one behind.

Five of the most promising projects—all developed by women from the Philippines—were presented at the open event on 9 October. These human rights localization projects included:

One of these projects, for example, reviewed the city authority’s practice, which had identified children and the elderly as ‘vulnerable’ groups in need of special attention. This project identified other under-served groups that were particularly affected by the pandemic, including informal settlers without land titles; healthcare frontline personnel; prisoners; informal settler families; and LGBTQ youth. In the case of LGBTQ youth, the project found that the pandemic-related lockdowns had denied this community of safe spaces to meet and connect with others, and that recent suicides had been recorded. The project led to a specific recommendation to establish a city-based monitoring and evaluation team to ensure ‘no one left behind’ in the pandemic recovery efforts.

While Europe is home to most Human Rights Cities in the world today, the movement is spreading in Asia. Political instability and a sometimes negative view of human rights may hamper the movement in the region, but the Philippines projects show that individuals have been able to initiate action to integrate human rights into local policies.

The HRC’s recognition of the right to a healthy environment, and the need for a Special Rapporteur on human rights in the context of climate change, comes at a pivotal moment as urban life gradually returns to pre-pandemic activity levels. Cities will need to ensure that all can partake in the fruits of pandemic recovery—yet climate change impacts make this a challenging endeavor.

The COVID-19 pandemic is an example of how planetary stresses place direct strain on local government services and exacerbate the deeply-rooted inequality in many cities of the developing world. Cities in Asia will continue to experience the pressures of rural-urban displacement, hotter temperatures, sea-level rise, and extreme weather events. These challenges are best navigated through human rights-based approaches that empower public participation, resulting in better public services, more inclusive societies, and more sustainable and resilient cities.

Another event during the WHRCF spoke to this situation. At a session co-hosted by the ASEAN Youth Forum and RWI, youth representatives from South and Southeast Asia presented recommendations to local governments for tackling the climate crisis. South Asian youth called on local government authorities to implement meaningful youth engagement that includes investing in young people’s capacities, agency, and leadership, eliminating structural barriers that limit youth participation, and supporting policy frameworks for formal youth engagement, mechanisms for youth dialogues and youth-led accountability initiatives.

Ten years after the world adopted the 1948 Universal Declaration of Human Rights, US First Lady Eleanor Roosevelt said that rights must be rooted in “the world of the individual person”—in their neighborhood, school, or college; in their factory, farm or office. She stated: “Such are the places where every man, woman and child seek equal justice, equal opportunity, equal dignity without discrimination. Unless these rights have meaning there, they have little meaning anywhere.”

By 2050, two-thirds of the world population will live in urban areas. For most people, cities and towns are “the world of the individual person” that Eleanor Roosevelt spoke of. The role of city authorities will be crucial in ensuring that human rights have meaning in our post-pandemic, rapidly warming world.

Windi Arini is a program officer for Inclusive Societies at the Raoul Wallenberg Institute’s Regional Asia Pacific Programme, based in Jakarta, Indonesia. Delia Paul is a human geography researcher at Monash University in Melbourne, Australia, and a consultant on communication for sustainable development.

This article have been published also in IISD : SDG Knowledge Hub website.