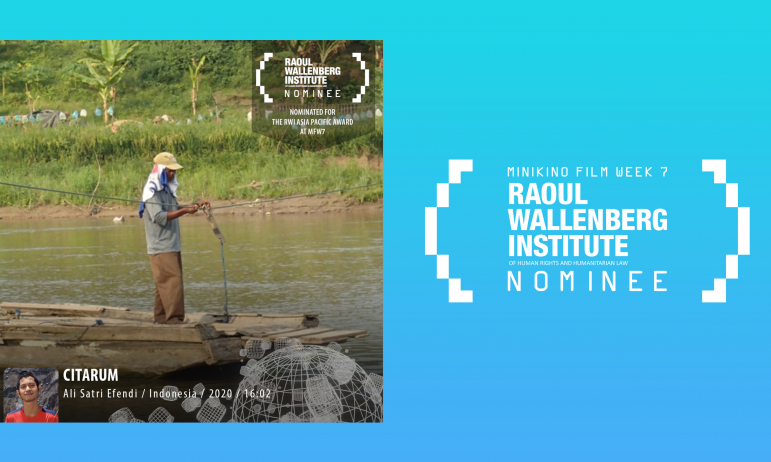 The scorching sun, unpolished visuals, and the hardships of man are the traits that define this immersive documentary, Citarum (2019). The film was directed by Ali Satri Efendi, with all his simplicity and independent spirit. Shot in what seems to be a mobile phone. The film is a representation of a day in the life of a brick maker on Citarum’s river bank. It tackles the reality of a common man and its relation to nature. Using only visuals, music, and ambiance to represent reality. The film was stylistically done reminiscent of cinéma vérité and direct cinema practices, with the absence of commentary and minimal intervention of the filmmaker. Citarum (2019) is a somber documentary, representing the reality of man and nature’s relations.

The film focuses mainly on the relationship between a brick maker and the Citarum River, the largest river in West Java. Hundreds of factories and dams were built alongside this river, making the Citarum River one of the most polluted rivers in the world. Locals still rely upon their lives on the river, going back as far as the dawn of the Tarumanegara Kingdom. Among those who live off the river are brick makers who use the overflows of the river’s mud as the main material to make bricks.

We follow The Brick Maker going about his daily activities. Those activities include gathering mud, casting bricks, and providing a river crossing service. These activities are portrayed as a mundane and humble way of living, often solitary, and require physical work. Hours have gone by, and he’s still around his Lio—a designated place or shack for brick production—around the riverbank. From the way the narrative was told, we didn’t get to know his name, where he’s from, or why he does what he does. Which I find to be interesting. The nameless Brick maker seems so general, a common man archetype. I like to see him as a part of the representation of man.

The brick maker works under the scorching sun. The overhead sun casts hard contrasting shadows, reminiscent of the shadows in Edward Hopper’s paintings. Creating an eerily monotone image that parallels the film’s stagnant narrative. For The Brick maker, the sun is important for his livelihood. The sun acts as an important process of baking the brick’s mixture. The mixture was acquired through the riverbank’s mud and soil, which formed primarily because of the Citarum River. The river that he also utilizes to earn money by transporting people from one side to the other with his wooden boat/plank. The sun, the soil, and the river represent nature. 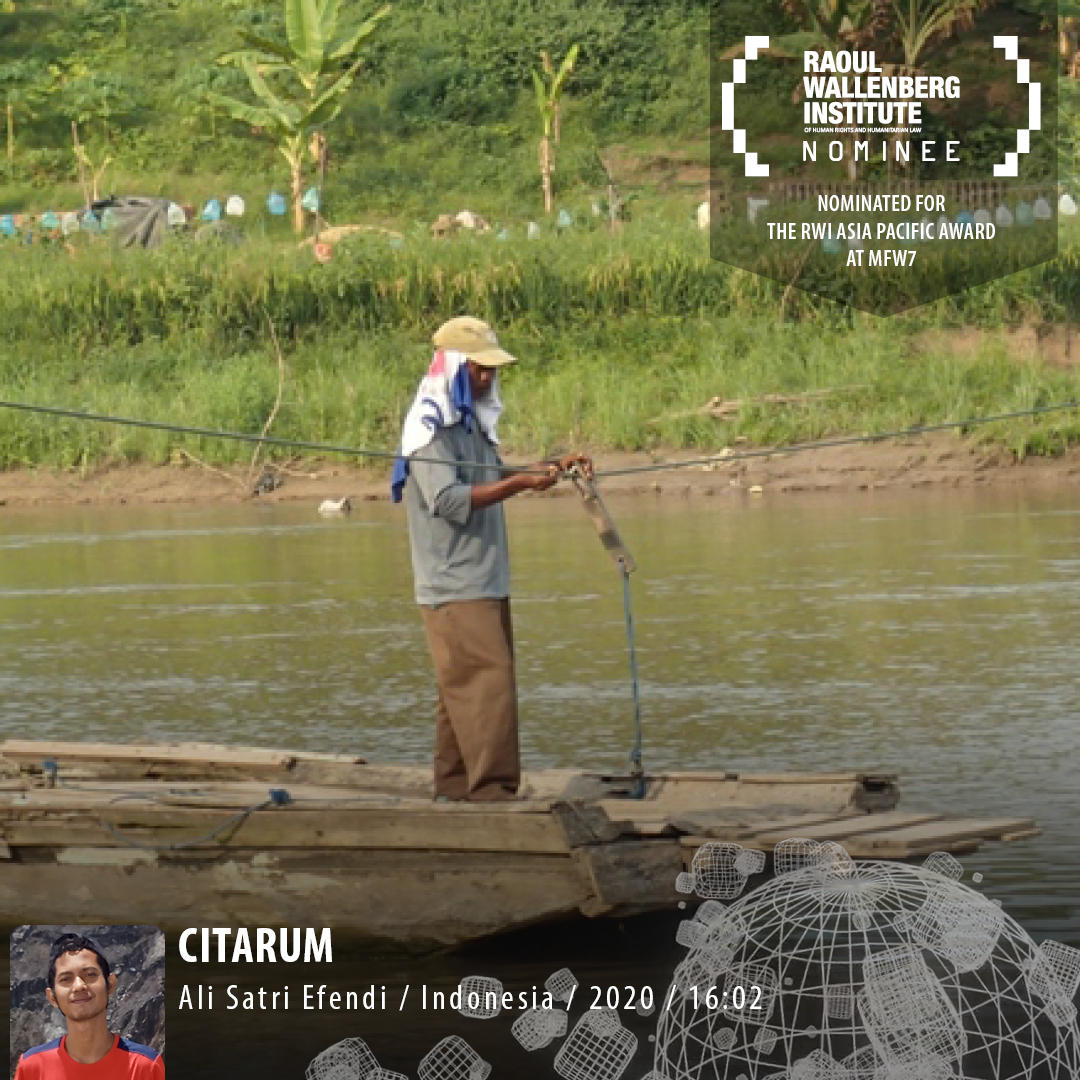 Man and nature's relationship was shown in two kinds of weather, the drought-like sunny day and the heavy rain. For The Brick, his job only provides on sunny days. Rainy days hinder, even take away his progress. In the ending sequence of the film, we see the flooded the Citarum River. Homes are engulfed, Lios are submerged, and non-diegetic somber music was heard. The Citarum River often floods, overflowing the riverbank and its area surrounding it. We then see a man emerging from the flood, carrying the bricks that were drowned. As we see, the brick maker overlooks the flood and his hard work—which is in vain, drowned in water.

Through this film, we see man’s dependence on nature, even though we as humans also abuse nature. Building factories with its wastes that contribute to the pollution. Disposing household garbage to the river. Deforestation of forests. Those are some of mankind’s atrocities that were committed to nature. However, in my interpretation of man, I don’t see The Brick Maker as someone bad. The brick maker is peacefully coexisting with nature. Utilizing what’s given ecologically. They are the actions of certain groups that exploit nature. Only benefiting themselves, letting the less fortunate suffer from their actions.

Man and nature’s relations were told in a minimalistic way, while simultaneously uncovering a more intricate dynamic. There was no commentary, voice-overs, or expository methods used in this film. We as the audience were given no context as to what this film is about. This creates an immersive and uninterrupted sense of realism. Where only through visuals and our intuition we could piece things together. This style of narrative is similar to the methods of cinéma vérité (truth cinema) and direct cinema. Methods that were used since the invention of the light hand-held 16mm cameras and portable sync sound to capture a closer, more authentic look at the subjects in question. cinéma vérité puts the filmmaker as an active participant in the film as a subjective observer where necessary. While direct cinema strictly disregards intervention from the filmmakers. The filmmaker is an objective observer, an invisible passivist as opposed to a participant. Analogous to a fly on the wall.

Citarum (2019) could be purely understood as a direct cinema more than its cinéma vérité counterpart. Mostly due to the absence of a narrator’s voice-over and the lack of a filmmaker’s intervention in the film. Ali as the director didn’t put any of his subjective ideals that evoke provocation. He was merely observing The Brick Maker. Arguably, his choice of somber music could be seen as a provocation. However, I could argue that the intensity of the music doesn’t affect the objectivity of the film in a significant way. On a side note, I admire his use of a mobile phone to film the documentary. It parallels the spirit of ‘truthful cinema’. Utilizing the advancement of technology and its practicality, in the veins of the direct cinema and cinéma vérité ideals.

Admittedly, Citarum (2019) didn’t resonate with me in the first viewing. However, I gained a greater impression after the second time watching it. Ali managed to represent The Brick maker’s truthful experience of coexisting with the Citarum River. Uncovering an age-old story of man and nature. The mass audience might not instantly understand what it’s trying to say with the way it’s told. However, I adored its efforts to touch on a worldwide issue while breaking the mainstream documentary conventions.